As you know, Italians are very athletic people.

Due to climatic features and geographical location, active sports in Italy can be practiced almost all year round: in the north of the country in the Alps – skiing
mountain climbing, skiing and sleigh rides, in the south rich in picturesque mountain slopes and volcanoes – mountain tourism. Conditions for cycling and hiking tours are available throughout the country. The coast of the country provides an opportunity for swimming, surfing and other water sports.
The conditions for winter sports in the southern part of the Alps are no different from those in their northern part. There is also a risk of avalanches (pericolo di valanghe).
Italians play football, swim, ski, go to gyms.
In addition, they are happy to follow sports events in the country and in the world.
Italians love skiing in winter. They go to the Alps with their families and spend several days there. There is even a so-called “white week” at the end of February. 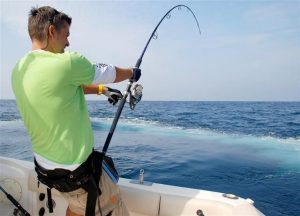 On weekends, Italians often go out of town to ride a bike. Some of them are seriously involved in sports, participate in cycling. Mountain biking is popular, as most of Italy is occupied by hills and mountains. Italians use the bicycle as a means of transportation. In Florence, Pisa, Milan, Ferrara, you can see a large number of bicycles tied to poles. If the city is located on the hills, and not on the plain, then the inhabitants use mopeds and motorcycles. 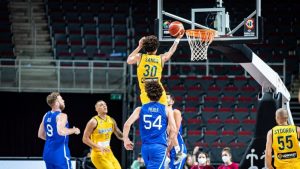 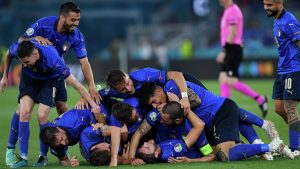 Undoubtedly, football (calcio) was and remains the national sport. Every Sunday afternoon, matches of the first league of the Italian championship (serie A) are held throughout the country. Tens of thousands of fans head to the stadium, listen to the radio or watch matches on TV. During major matches, such as the final (finale) of the major leagues, matches of the UEFA Cup (coppa UEFA) or World Cup games (i mondiali), the cities come to a standstill. The victory of your favorite team always causes an explosion of emotions and is accompanied by the roar of car sirens and street processions of excited fans.
Football sweepstakes (totocalcio) are popular, most of the proceeds from which go to finance sports. Talk about football does not stop during the whole working week.
Each city has its own football team, for which all residents, without exception, support.
The Italian Championship consists of several groups. The most prestigious is Serie A, in which Milan, Inter, Juventus, Fiorentina play. Weaker teams play in the second group – Serie B, there is still a third group Serie C. Women’s football is also developing, championships are held among women’s teams.

The players of the national football team wear blue jerseys, which is why they are called “Gli azzurri”. Football in Italian is ‘il calcio’, which also means “hit”.

The famous San Siro Stadium in Milan has a capacity of 85,000 spectators.
Italy has won the World Cup four times and won the World Cup (1934, 1938, 1982, and 2006), second only to Brazil in the number of championship victories. Football appeared in Italy at the end of 1800 thanks to the British. At the international level, football appeared only after the 1930s.
Football fans in Italy are called “tifosi”, which means “carriers of typhus”.
Italian fans are notorious for their violent behavior and intemperance.