Currently, the word “coffee” refers to a drink, most often hot, obtained by brewing ground beans of the coffee tree. In literal translation from Arabic, the name coffee sounds like an exciting drink.

Indeed, after drinking the drink, a strong stimulating and exciting effect is felt, due to the content of caffeine in it. Today, the real magic of this drink with a charming aroma can be found by visiting Italy.

After all, it was there that coffee became part of the national cuisine, inseparable from pizza, pasta and olive oil. Arriving in Italy, you can try at least one of the many varieties of coffee served in Italian bars.

And if you try this rich, strong drink in its pure form or with the addition of milk foam, ice cream, liqueur or lemon, you will rediscover all the facets of its taste.

To say for sure when and by whom coffee was discovered, probably no one will undertake. One version of the origin of coffee throws us back to 900 BC.

It was then, according to legend, that one of the Ethiopian shepherds drew attention to the very active behavior of goats after eating red berries on one of the trees. 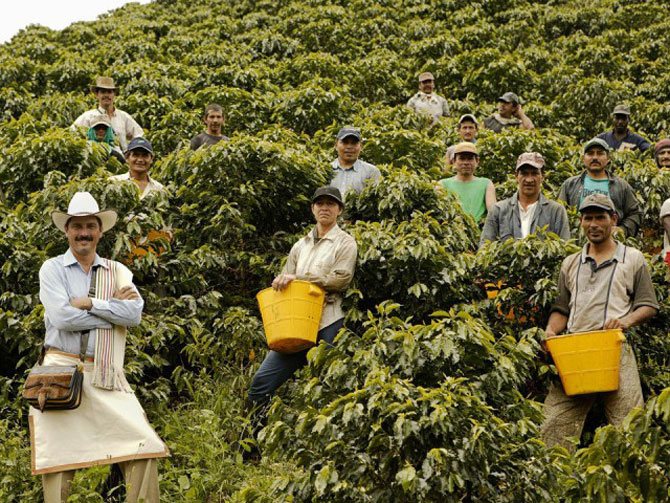 Having tasted these berries, the shepherd felt how his body was filled with strength and energy. It was in this area of ​​Ethiopia called Kaffa that the coffee tree and coffee, a drink obtained from it, found its name.

Since then, the fruits of the coffee tree have tried to be processed in a variety of ways. The grains were dried, boiled, crushed, made a tincture. And all this for the tonic effect of coffee beans. Over time, the Ethiopian lands were occupied by the Arabs, and the habit of using a tonic product took root among the new inhabitants.

They grinded raw grains, mixed them with fat and made balls that were very convenient to take on the road. Raw coffee beans are small nuts that contain caffeine. Therefore, the resulting ground product could both feed and invigorate travelers during long journeys.

Only after many centuries, experiments with coffee beans came to the initial purification, subsequent roasting and grinding in order to further brew the resulting powder. The resulting aromatic drink could not be compared with the initial attempts to consume coffee beans. 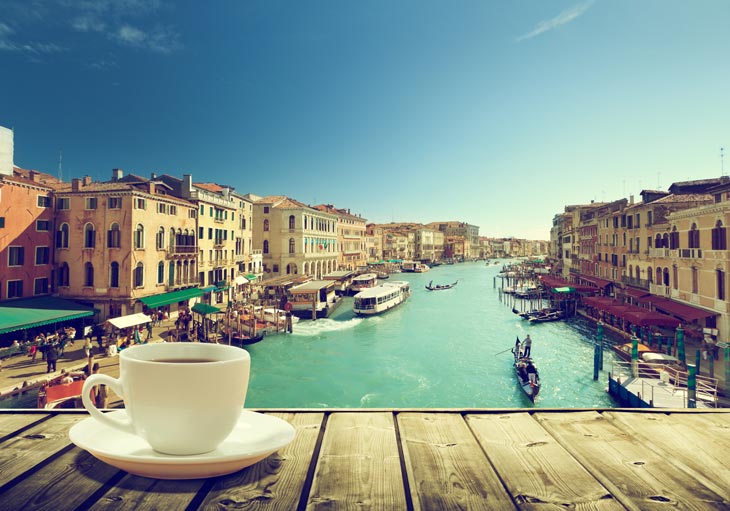 the first coffee tree seeds were roasted in Yemen in the 11th century AD. In addition, the Arabs began to add cinnamon, ginger and other spices to the coffee drink when brewing. By the middle of the 15th century, coffee reached the territory of Turkey.

The Easterners liked it so much that the ministers of the church had to curse the coffee with the name of the prophet. After all, they saw that believers began to spend much more time in coffee houses than in prayer. Over time, however, the Church’s dislike of coffee faded. Along with the widespread use of coffee, the art of making this drink appeared.

Places where coffee was prepared in public began to appear everywhere. Coffee houses became a meeting place, and coffee served as an occasion for pleasant friendly communication. The image of coffee houses gradually moved to Europe over time. And their inner world is reflected in modern cafes.

Coffee came to us from Turkey.

However, the bitter drink could not take root in the Middle Ages in Russia. However, in the 18th century, Peter I began to insist on drinking coffee, believing that it contributes to the agility of the mind. And after 1812, drinking coffee in Russia began to be considered a sign of good taste.

Recently, going to cafes and drinking coffee has become fashionable, and such a way of life has appeared. Invite friends not to your home, but to a cafe for a cup of coffee. When ordering a classic espresso, we don’t even think that this brewing method was invented in Italy, and then spread widely around the world. And today, residents of America and Europe, as well as the Middle East and Asia, prefer just such coffee.

It was introduced to Italy in 1905. The principle of its operation was based on passing water condensed from steam under pressure through ground coffee. The taste of the resulting coffee was radically different from the modern drink. Due to the strong overheating, the coffee acquired a burnt aftertaste.

The bourgeoisie became the main consumers of such coffee, and a little later the method of preparation spread to Germany and France.

In the middle of the 20th century, there was a strong change in the approach to making coffee. Steam has been expelled from the espresso machine. Instead, the water was heated to no more than 92 degrees and passed under great pressure through the coffee. It was then that the taste of espresso that we know today was born.

Gradually, the devices improved, and now espresso is made very quickly and with precise temperature observance.

In total, there are about 200 varieties of coffee trees in the world. Of these, only 20% is used by humans. And only 2 main ones are of interest to coffee connoisseurs. Arabica coffee (Coffea Arabica), called Arabian, and Robusta coffee (Coffea Canephora), called Congolese. 90% of the coffee consumed comes from the fruit of these tree species.

The Arabian coffee tree is considered the most popular type of coffee tree. 70% of the world’s coffee is produced from its fruits. The natural height of this tree reaches 6-8 meters, however, for the convenience of harvesting, it is not allowed to grow more than 4 meters.

Arabica fruits are red in color and turn purple at the end of ripening. The length of the fruit can reach 15 mm. The plant is very capricious to climatic conditions and sensitive to diseases and pests. During the year, one tree produces about 5 kg of fruit, from which up to 1 kg of finished coffee beans is obtained.

Arabica fruits contain 18% aromatic oils and about 1.5% caffeine. The taste of Arabica in the finished drink is sweetish with a slight sourness. The best varieties of Arabica are Bourbon, Maragogype and Typica.

The height of the Kanefora coffee tree or simply Robusta in nature can reach 10 meters. But with mass cultivation, it is pruned and arranged in the form of small trees.

Robusta flowers are pale pink in color, and the fruits are greenish or brownish-grayish. This tree was first discovered in the Congo Basin in Africa.

Today, Robusta trees are grown both in Africa and Asia, mainly on lowland plantations. The plant is quite unpretentious in care. It tolerates temperature changes well, resistant to diseases and pests. In a year, up to 15 crops can be harvested from a Robusta coffee plantation. It is because of the unpretentiousness and high yield that it is very profitable to grow Robusta.

In the fruits of Robusta

contains 8% aromatic oils and up to 3.5% caffeine. The taste of this type of coffee is very specific and quite strong. Because of this, it is most often used to add strength to coffee blends. The taste of Robusta also improves during the production of instant coffee. Despite the lower palatability compared to Arabica, Robusta makes up 30% of all coffee produced.

in turn are divided into many varieties depending on the region of origin. All varieties differ from each other both in taste and aromatic properties.