Everything you need to know about Italian traditions, habits and passions, as well as their coffee, language and way of life.

Italians really prefer blondes. True, they interpret this concept broadly: any girl with a suit slightly lighter than a raven’s wing has a chance to become an object of attack, and the further south, the greater the likelihood. Italians also love tall (Mediterranean girls are short). But the maxim about the way to the heart through the stomach does not work in the Apennines: a self-respecting Italian firmly believes that it is safe to let exactly one woman go to the stove – his own mother.

By the way, blondes (and blondes!) in Italy are not so rare: the Norman conquerors left a legacy not only on the coasts (where they built a bunch of castles), but also in the gene pool. The descendants of the Vikings in Sicily look especially impressive.

People who do not drink in Italy are found

although rarely (there are almost no reasons not to drink: in principle, a bottle emptied at dinner has not prevented anyone from getting behind the wheel and doing some tens of kilometers in fog or along serpentine). People who do not drink coffee are not found among Italians at all. Victims of medical restrictions, in order not to feel like outcasts, start the day with a decaffeinated cappuccino. Only a tourist can demand tea for breakfast; Cappuccino after dinner is also drunk only by those who come in large numbers. 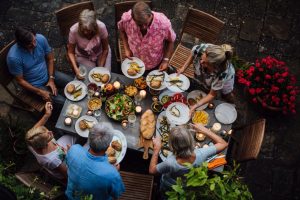 The Italian does not know the word “espresso”.

What the ignorant northerners call so is to him just coffee, un caffè, a sip and a half of pure caffeine. An ordinary bartender makes three of these per minute (and, of course, there are no “barista diplomas” for this). The same amount of a substance, but in an even greater concentration, is called “ristretto”, and in a diluted form – “lungo”. A tourist whose heart begins to pound even from lungo is doomed to americano (in good bars, boiling water is served to him – you can dilute even until you turn blue). In case of a hot summer, they came up with a cold cappuccino (cappuccino freddo), as well as milk with a drop of coffee (latte macchiato – a diet option) and coffee ice (granita al caffè). And for a dank winter, there is coffee seasoned with grappa, whiskey, cognac or liqueur – caffè corretto. 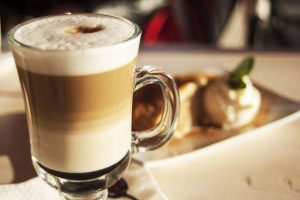 The tradition of saying goodbye to the old year

throwing excess furniture out of the house through the window, has safely died out even in the most remote villages. But some rituals have been preserved: any self-respecting Italian meets the night of January 1 in red linen (for good luck) and with a plate of lentil stew (for money).

More than 260 types of wine are made in Italy, but it is customary to order beer instead of wine for pizza. There are two main beer brands in the country: one is northern (Moretti), the other is southern (Peroni).