Italy is the cradle of the Etruscan and Roman civilization.

Italy was the first and largest empire in Europe and North Africa, so the country keeps traces of a great history and cultural heritage. Italian culture is reflected in art, architecture, music, food, local traditions and more. About 96% of the population are Italians. All the rest are representatives of other nationalities. France, Switzerland, Austria and Slovenia influenced Italian culture, history and formation. 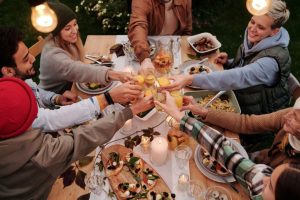 one of the most important values ​​of the Italian people. Italians have frequent family meetings, it is considered the norm to spend a lot of time with family and friends. Catholicism is the main Italian religion, which forms the Italian way of thinking and attitude to life. The Vatican, located in the heart of Rome, is the papal home. 90% of Italians are Catholics. The remaining 10% are Protestants, Jews and Muslims.

Italy has become the ancestor of many architectural styles, such as classical Roman, Renaissance, Baroque and neoclassical. Many famous buildings and structures are located here, such as the Colosseum and the Leaning Tower of Pisa. Florence, Venice, Rome, the Vatican open the doors to many world-famous museums.

Italy is also home to many world famous fashion houses and brands, including Armani, Gucci, Benetton, Versace and Prada.

It is no less popular. Wine, cheese and pasta are an important part of Italian dishes. Each region has its own traditional dishes. In northern Italy, the most common ingredients are fish, potatoes, rice, sausages, pork, and various types of cheeses. Tomatoes are added to dishes in the south, served both in fresh and boiled sauces, as well as capers, peppers, olives and olive oil, garlic, artichokes, eggplant and ricotta cheese.

Religious ones such as Christmas and Easter. November 1 is Saints’ Day, during which Italians usually decorate the graves of deceased relatives with flowers. April 25 is Liberation Day, marking the end of World War II in Italy in 1945.