All holidays, carnivals and festivals in Italy are held on a large scale and pomp.

The inhabitants of the country love to have fun and celebrate various celebrations, many of which are associated with many interesting customs. There is a saying in the country: “Christmas is closer to relatives, and Easter is on the side.” This means that Christmas is traditionally celebrated among the family, and Easter is celebrated among close friends. On Easter Monday, Italians go together for family picnics. 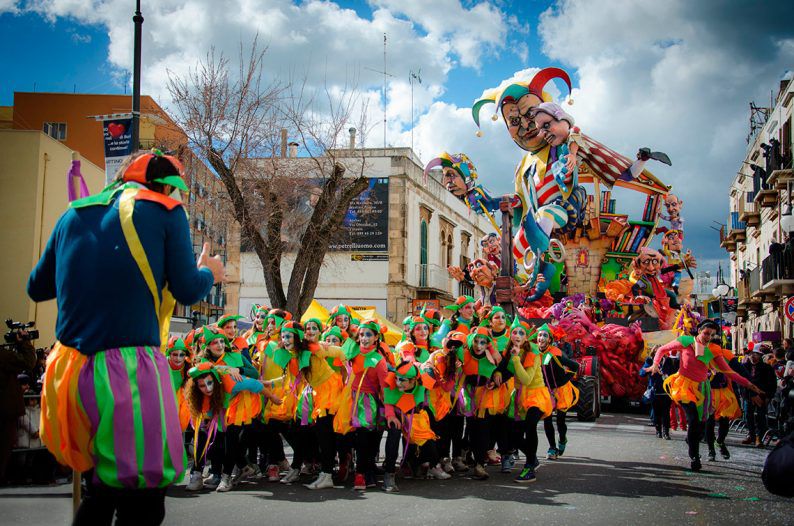 This tradition is not violated even by rainy and windy weather. On this holiday, the inhabitants of the country arrange all kinds of games with an obligatory attribute – Easter eggs. Note: in the Italian town of Panicale, cheese heads are used instead of chicken eggs. Also, Italians celebrate Labor Day, which, like ours, is celebrated on May 1st. On this day, the inhabitants of the country dress up the “May Day tree” (it can be a real tree, a bush or an ordinary pole) with flowers, garlands, ribbons, all kinds of figurines and toys. After these preparations, dances are organized around him, dances are made, songs are sung, and fireworks are launched.

In honor of the Italians is Independence Day, celebrated on April 25th.

On this day, various fairs, festivals, parades, concerts and other festive events are necessarily arranged. Most interesting Italian traditions went to the New Year, which the inhabitants of the state celebrate on the night of December 31 to January 1. As a rule, the vast majority of Italians celebrate the New Year on the street, where sweeping folk festivals with games, songs, and dances traditionally take place. 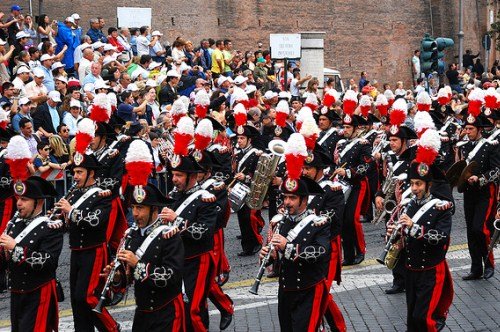 On this day, the inhabitants of the boot country rid their homes of unnecessary things by throwing them through the window. Another tradition typical of Italy is the breaking of dishes, which helps the hosts to get rid of the negative energy and resentments that have accumulated over the past year.

Note: Some Italian cities have their own traditions. For example, the Romans believe that the person who jumps from the bridge into the Tiber River on New Year’s Eve will definitely be happy in the coming year. And New Year’s customs of Naples are closely connected with the launch of loud fireworks. Residents of the city believe that the bright light of the lights and the loud sound of firecrackers and firecrackers scare away evil spirits.

Wedding Traditions Marriage is considered an important moment in the life of every inhabitant of Italy. Italian weddings also have many customs and traditions. In the last century in Italy there was a ban on filing a divorce. 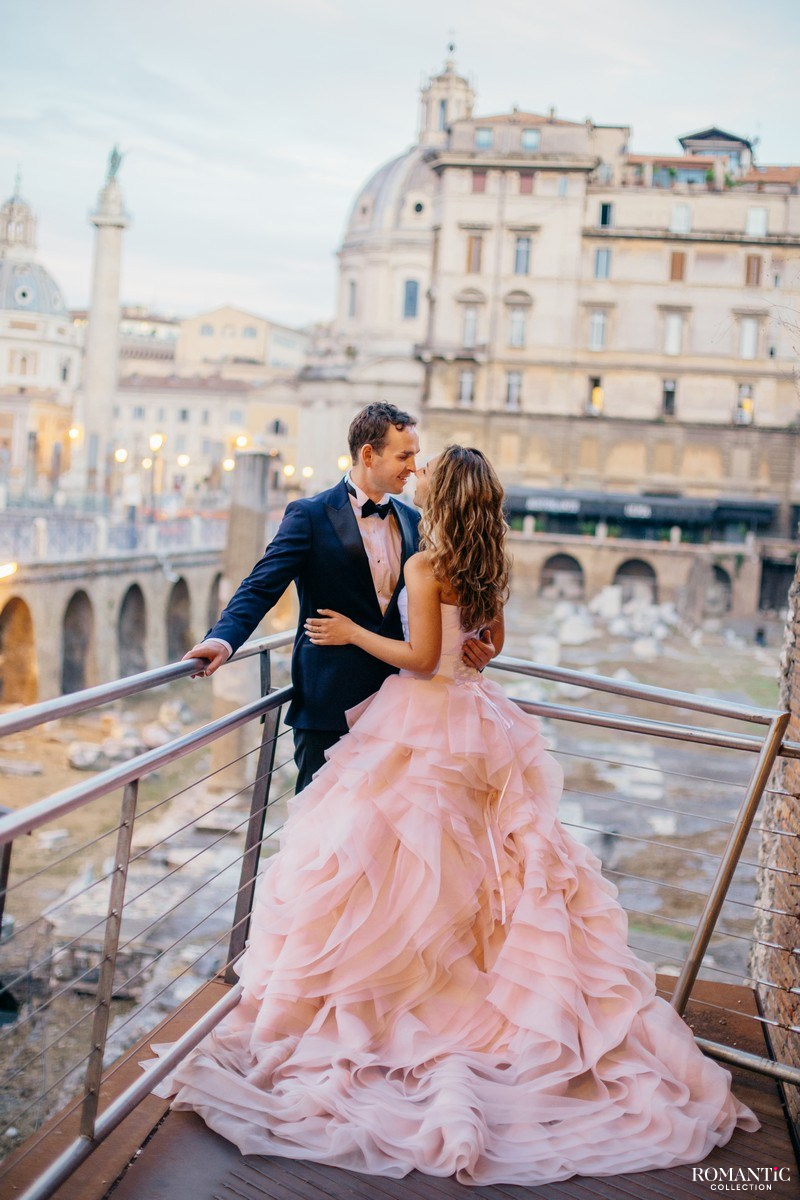 If the husband and wife could no longer live together

they went to different houses, but officially their marriage was recognized as valid. The ban on divorce was abolished in the 1970s. When a guy started courting a girl he liked, he had to sing for her twice a day: in the morning – mattinata, in the evening – serenades.

The chosen one could express her disposition with the help of a flower thrown at a romantic performer. Italians very rarely tie the knot in May days. According to legend, there is an unlucky day in this month, the exact date of which no one knows. Also, weddings are not customary to celebrate during fasting.

Most Italian weddings take place in the fall on weekends.

The dress of the bride is overlaid with traditions. For example, a girl’s dress should have red and green colors. Modern brides most often use these shades in underwear, jewelry, accessories, etc. At the end of the wedding ceremony, the groom gives the bride an ear of wheat, which portends the imminent appearance of his own children in the new family.

To avoid quarrels and scandals with the groom’s mother

the bride gives her newly-baked mother-in-law an olive branch. A frequent completion of an Italian wedding is the sprinkling of newlyweds with flowers, coins, rice, nuts, millet, sweets and bread crumbs. A well-known tradition associated with throwing a bride’s bouquet into a crowd of unmarried girls, originally from Italy. 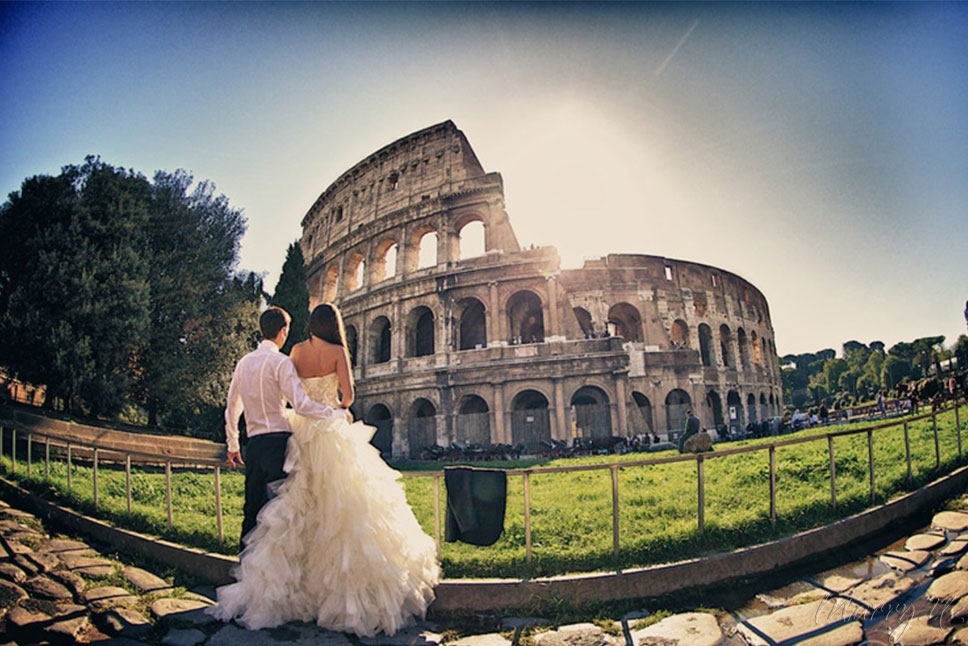 Previously, the bride’s bouquet was made up of orange tree flowers, symbolizing imminent marriage, prosperity and joy. Traditionally, the wedding of Italians ends with dances, which must be started by the bride. This gesture is a symbol of the cohesion of the newly-born spouses, as well as their inextricable connection with the guests who came to the wedding.